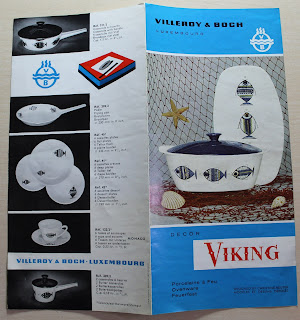 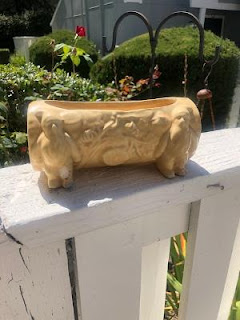 Hello! I have two pieces, one marked and one unmarked, that I am curious about. Can you tell me anything about them?
The Gnome planter was made by Shawnee Pottery. 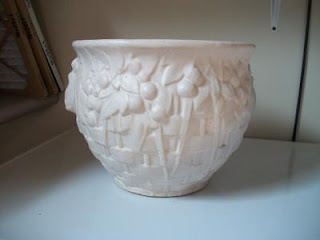 Hi, I saw your site online and was wondering if you could ID this piece. It's a planter with a matte finish. I couldn't find anything to identify he maker......
Your Jardiniere was made by McCoy Pottery The NM on the bottom stands for Nelson McCoy. It is in the Basketweave Pattern. This mark was used in the late 1930's-1940's. 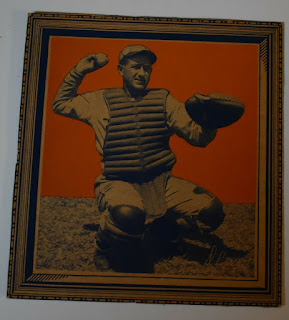 This is a Premium Baseball Photo on Thick Card Stock. It measures 6" x 6 1/2".  ANY info on this would be appreciated.


This is a 1935 Wheaties Card of catcher William Delancey that would have been cut from a box of Wheaties Cereal. 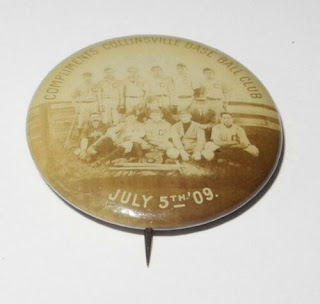 This is a July 5, 1909 Collinsville Amateur Baseball Club Pinback Pin
made by Whitehead & Hoag. 1 1/4" diameter  We have been unable to place the team.


You're pin/button is almost certainly that of the Collinsville, CT semi-pro baseball club. The town team played such teams as the Cuban Giants (NY), Pittsfield (MA), Tarrington Y.M.C.A., Forestville, Waterbury Jeffersons, Coe Brass of Tarrington, and for this double header held on 7/5 the Hartford Royals (Typewriter Co).

The team had new grounds built for the 1909 season and it was a big event for the July 5th game. The game was not held on July 4th as that fell on a Sunday and there often were laws held on games being played on Sunday. So, a double header was held (10am, 4pm) on Monday. Simond's Military Band were part of the celebration.

This 7/8” button portrays a young boy in overalls and large hat. We don’t know the meaning of the word “Gamossi.” Reverse has early back paper by Whitehead and Hoag c. 1900. Text reads “This No. May Draw A Prize/No. 1550.” The number “1550” has been crossed out and inked above is a different number which appears to read “120.” Hake book "Collectible Pin-Back Buttons" photo example Children’s Clubs section #100. Only one we’ve seen.

I have provided photos of another extant button. This button was offered by the Gamossi Glove Company out of Minneapolis, MN. Gamossi sold kid's gloves and umbrellas. Below are advertisements from Gamossi from 1905-1906 that give details as to the origin of this button, the kid club and how you could win a pair of gloves from the prize number on the back. 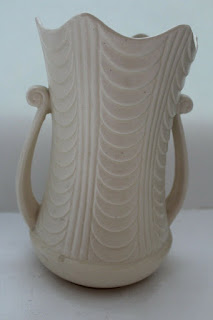 I have an art pottery vase in white or ivory. It is marked 219-9" and USA on the bottom. While the 219-9" is similar to Roseville markings and the quality is also similar, don't know that it is. Any info would be appreciated.